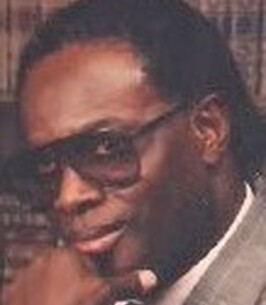 Elder Freeman Cook, age 78 entered peaceful rest at home with his wife by his bedside on Friday, October 22, 2021, in Jacksonville, Florida. Freeman was born on June 27, 1943, in Jacksonville, Florida to James and Annie Belle Cook, the fourth of eleven children. He was educated in the Duval County School system and received his high school diploma. At the time of his retirement, he was the Director of Data Center Operations with Health Plan Services in Tampa, Florida.

He was a passionate fisherman, often going out on his boat or fishing from the Nassau Sound Pier, regularly sharing his catch with family and neighbors. He was a fervent reader, having read multiple versions of the Bible and books on Black History, Religion and Poetry. His favorite authors were Langston Hughes, James Weldon Johnson, and Maya Angelou. An ardent fan of traditional gospel music, his favorite song was "Your Grace and Mercy" by Frank Williams and the Mississippi Mass Choir. He was an avid bowler and enjoyed competing in leagues and tournaments. He loved all types of sports and enjoyed exercising, frequently walking the downtown bridges in Jacksonville.

This obituary is protected by copyright by Just Cremation. Proudly Serving the Community of Jacksonville. Just Cremation is located in the state of Florida, United States.